December 18, 2018 Dear Friends, We’re witnessing growing progressive activism across the country—from the election of progressive candidates to the House of Representatives to the wave of Red State teachers’ strikes earlier this year. Here in the South Bay, at the end of last year we pledged to strengthen the San Jose Peace & Justice […]

By SJPJC Intern Kathya      The migrant caravan is heading towards the United States and Mexico Border. President Donald Trump has already sent out 5,200 troops to the border1. The migrant caravan originally started with 160 people from Honduras. As they made their 2,095 mile trip, more people joined them. These people are fleeing poverty […]

Photo retrieved from: Killinggaza.com Written by a Fall 2018 intern at SJPJC: DO On September 13, I attended a screening on the film Killing Gaza at the San Jose Peace and Justice Center. Prior to watching the film, I did no have knowledge about the violence and essentially genocide that is occurring within the Gaza […]

This blog was written by Ivan, an Fall 2018 intern at our Center. Earlier this year in April, Attorney General Jeff Sessions announced that the Department of Justice (DOJ) will enact a “zero-tolerance” immigration policy. This decision was made in response to a report from the Department of Homeland Security that showed an increase in […]

Bluefields, the previously prospering and booming colonial port in Nicaragua formerly ruled by Britain is now filled with slums and drug-trafficking. Bluefields is the capital of the South Caribbean Autonomous Region (RACS) in Nicaragua. Composed of the largest population of people of African descent, Bluefields has a strong and direct relationship to Creole culture. The […] 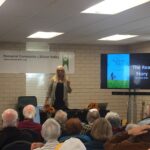 By Abiola A, a student volunteer from San Jose State University This was a talk about Alesa Lightbourne’s experience in Kurdish Iraq where she went there to teach abroad but ended up learning about herself and the new country she was living in. Her book and her presentation were about her time there and the […] 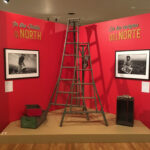 Within the intimate beige walls of History Park’s Arbuckle Gallery, History San Jose is currently displaying In the Fields of the North / En los Campos del Norte, an exhibit with hard-hitting oral histories and sobering photographs that bring to light the mistreatment and poor working conditions migrant workers face in trying to make a […]

In wake of the recent catastrophes occurring in and around the Gulf of Mexico (including Hurricanes Maria, Harvey, Katia, AND Jose; both earthquakes within Oaxaca and Puebla; and the United States’ political controversy of North Korean engagement) the attention of the United States media has retracted from the genocide of the Rohingya, which continues to […]

World maps may seem different in a few years, adding more national identities and differing country borders to the existing diagrams. Many movements for national sovereignty have surged within the past few months, especially in Iraq, Cameroon, and Spain. While the call for an independent Kurdistan has been apparent for over a decade with a […]

Last September, quarterback Colin Kaepernick first took a knee during the national anthem. Amid a flurry of criticisms asserting that his action was un-American, he stated that he could not “show pride in a flag for a country that oppresses black people and people of color.” (CNN) He specifically cited the issue of police brutality […]